Penha’s neighborhood is part of the Leopoldina suburb, name by which the northern urban zone of Rio came to be known. The area flourished in the late nineteenth century along the railroad that connected Rio de Janeiro to Minas Gerais. Well before the train passed through the region, in the seventeenth century, a small chapel was erected on top of the cliff, which would then grow, lending its name to the place and becoming the icon of the Leopoldina suburbs: the Church Nossa Senhora da Penha.

In 1919, a time when the Festival of Penha rivaled the Carnival in Rio as the main stronghold of samba composers, the neighborhood was emancipated from Irajá. From then on, it went through changes with new investments: the installation of the Carioca Tannery, the creation of a clothing pole and the opening of Brasil Avenue. Progress brought along a mass of residents who took the immense rural dismembered areas in a disorganized way – today known as Vila Cruzeiro and Complexo do Alemão. In the 90s, the region suffered after the abandonment of the surrounding industries and the growth of violence. It is now trying to rebuild itself amid a pacification process. 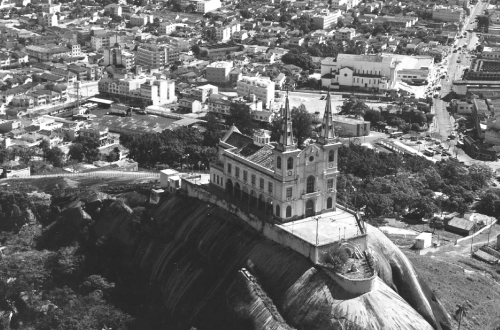 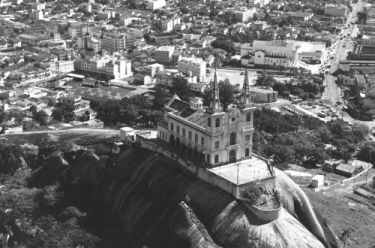 In the late nineteenth centurya connection with the northern railway (Leopoldina) was built in the neighborhood . As of the twentieth century, population growth brought along new public transport routes, such as the tram, and now the BRT/Transcarioca system.

The tannery manufactory, whose production was related to skins and trade of leather and the like, a building in art nouveau style implemented in the 20s, was responsible for the industrial turn of the neighborhood. Royal palms were planted from the railway station to the manufactory’s door, outgrowing its bankruptcy, in the 90s, and its subsequent demolition. The land is now occupied by a residential condominium, built along with the revitalization of the neighborhood. 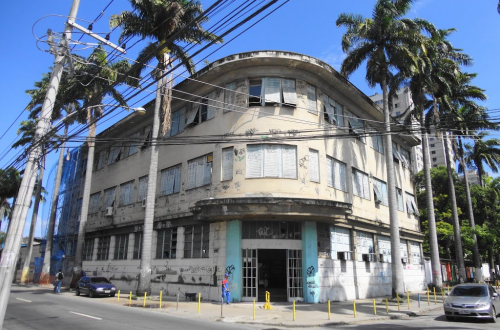 Completed in 1938, the building stands out in Brás de Pina Avenue Despite the proximity to the traditional Church, Igreja da Penha,Paroquia Bom Jesus is well known for being a center of pilgrimage and a religious tourism site.

Inaugurated in 1992, Penha’s Center for Integrated Public Education is named after a communist militant. The school followed the model of CIEPS designed by educator Darcy Ribeiro (a full-time model that would allow, through its multiplication, low costs and quick assemblage). Oscar Niemeyer signs its architectural design. 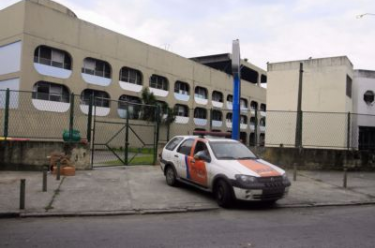 Founded as an itinerant park in 1919, it is installed at the foot of Igreja da Penha since the 60's, a time of its "golden years". It still has a marquee of Chinese characters and toys in dragon form, Chinese symbols, hence the name Shangai. . It was close to deactivation in the 2000s due to the abandonment of the area. 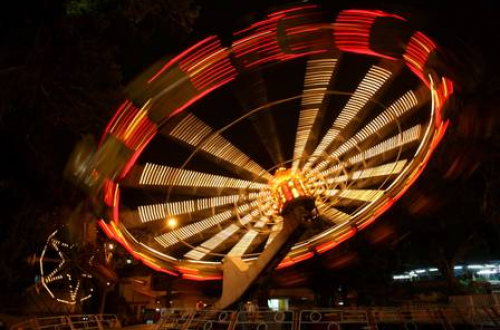 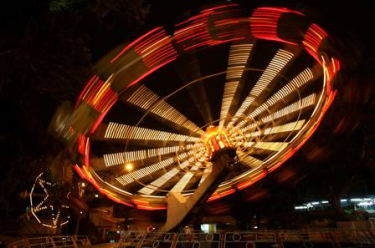 The chapel in honor of Our Lady of Penha was built on the rock ridge by a Portuguese owner of the lands in the year 1635, after the occurrence of a miracle. As the popular devotion grew, the chapel was donated to a Brotherhood that could preserve it. In 1728, the Venerable Brotherhood of Our Lady of Penha was officially organized, and then the Cross, the pulpit, the choir and a belfry with two bells were built. The festival of Penha was officially established by King John VI on September 8th , 1816. It was in 1819 that the inauguration of the church’s staircase took place, with 382 steps made in granite by slaves In 1913, it was restored. 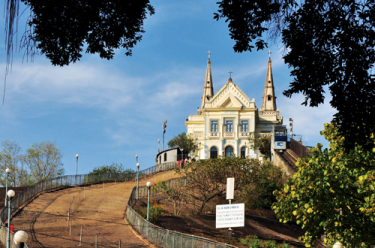 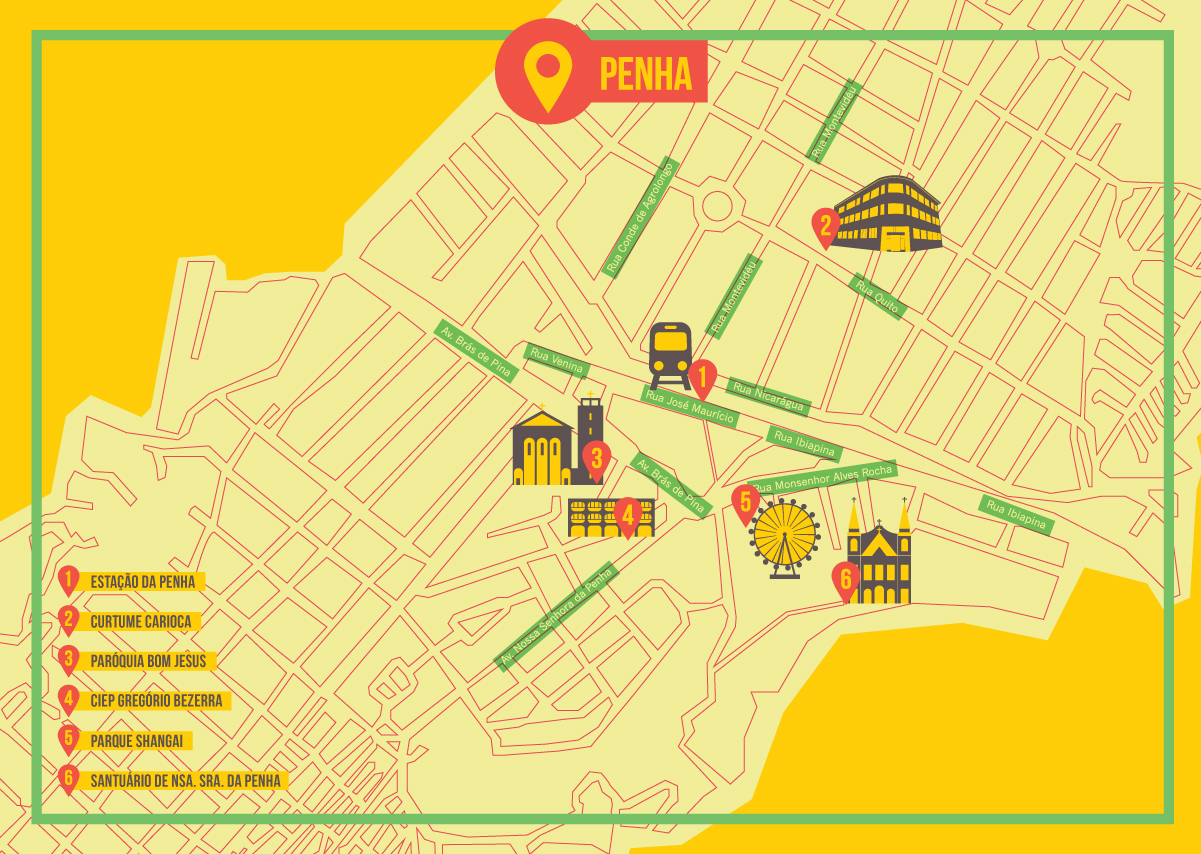 The construction of the chapel that would lead to the Penha Sanctuary is associated with an urban legend that dates back to the seventeenth century. The owner of the lands, Portuguese captain Baltazar de Abreu Cardoso, built a small church on the cliff top, 69 meters above sea level in gratitude for having been saved from a snake attack while climbing the cliff. At that time, the way up was paved with stonesThe staircase with its 365 steps carved into the rock was only completed much later, in 1819.

! A party to the saint and to samba

There was a time, in the early twentieth century, when the Festival of Penha came second only to the Carnival as a major popular festival in Rio de Janeiro. The party was a samba stronghold despite its Catholic character and the fact that it took place every October to celebrate the Nativity of Our Lady. Word goes that it was thanks to an abolitionist priest that the party gave way to the African-Brazilian culture, including the barracks of the famous Baianas da Cidade Nova (Tia Ciata among them) and capoeira.Later, it became a meeting point for samba artists such as Ismael Silva, Donga, João da Bahiana, Heitor dos Prazeres, Pixinguinha, Caninha, Sinhô, Noel Rosa and Cartola – the latter is the author of a song devoted to the Festival.

Opened in June 2012, the cultural center is named after the performer and composer of Brazilian popular music Dicró. Co-managed by the Municipal Culture and Observatório de Favelas it has already hosted the film festivals of Rio and the literature festival Flip-Flupp – besides hosting fabulous attractions of music and theater, such as O Teatro Mágico; Moska; Regina Duarte in Raimunda, Raimunda; and Fernanda Montenegro in Viver sem tempos mortos.

Opening Hours: Tuesday to Friday at 1pm / Saturday, Sunday and Holidays at 10am 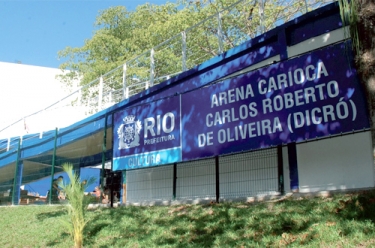 Teleférico do Complexo do Alemão

The cable cars have been open to the public since July 8, 2011. It is 3.5 kilometers long and has 152 gondolas, capable of carrying eight passengers each. The journey from the first station (Bonsucesso) to the last one (Palmeiras) takes about 16 minutes. The fare collection happens only in Bonsucesso station, where the system is integrated into the rail network (extension Saracuruna).
Monday to Friday from 6am to 8pm; On Saturdays from 8am to 6pm; on Sundays and holidays it does not operate.
Prices: It costs R$ 1,00 for visitors who use RioCard, Bilhete Único, Vale Transporte or Cartão Expresso. Passengers who purchase tickets directly at the box office pay R$ 5.00 Complexo do Alemão residents are entitled to two free tickets per day. 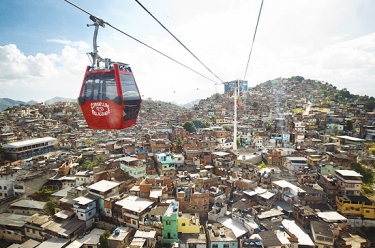 This is a cozy little bistro installed in the friendly neighborhood of Vila da Penha. It serves crepes with up to three of the 35 toppings offered by the house, such as asparagus, shrimp and hearts of palm. 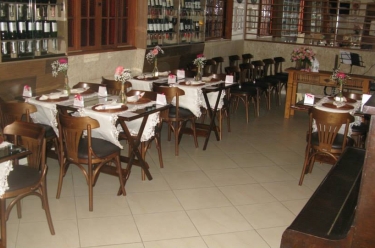